History of the Cancer Center

Vanderbilt University Medical Center has been at the forefront of groundbreaking cancer research and treatment for decades. This history includes the work of Nobel laureates Earl Sutherland and Stanley Cohen, whose research in cell communication, growth and dissemination are the foundation of many of today's breakthroughs in cancer treatment. It also included the cornerstone support of the Henry and Joyce families and the A.B. Hancock Jr. families, who had established a clinical care and research center and a laboratory focused on cancer prevention.

Building on this rich legacy, the Vanderbilt Cancer Center was formally established in 1993, under the leadership of Dr. Hal Moses, to bring together all cancer-related research, treatment, education and outreach at Vanderbilt. This early leadership team, including founders such as Drs. David Johnson and Lawrence Marnett, had a clear vision and a strong commitment to excellence.

The Center's creation was also made possible through the important support of the T.J. Martell Foundation, which established its Nashville division and the Frances Williams Preston Laboratories at Vanderbilt that same year.

The immediate objective was to join the ranks of the premier institutions designated by the National Cancer Institute as Comprehensive Cancer Centers. Only two years later, the first major step toward that objective was accomplished, with an initial designation as a "clinical cancer center." The Vanderbilt Cancer Center was the youngest center to go from creation to designation by the NCI, the world's foremost authority on cancer.

Another significant milestone occurred in 1999, when Nashville's Ingram family made a transformational gift in honor of the late E. Bronson Ingram, philanthropist, businessman and civic leader. Formally named the E. Bronson Ingram Cancer Center at Vanderbilt University, the center quickly became known as the Vanderbilt-Ingram Cancer Center in recognition of this important partnership to eliminate the pain and suffering caused by cancer in Tennessee, in the United States and around the world.

In 2001, the Center earned the NCI's highest distinction as a Comprehensive Cancer Center, and it remains one of only 49 such centers in the United States. The Center achieved a successful renewal of that designation in 2004, becoming one of the few cancer centers deemed "outstanding" – the very best category in NCI grant scoring – during this rigorous, competitive peer-review process.

In 2005, Dr. Moses became director emeritus and remains an active senior faculty member and advisor. He also is director of the Frances Williams Preston Laboratories.

Based on the strong foundation established by that original leadership team and the talents of the investigators, physicians and staff who have followed, the Center continues to excel in securing research funding, making important translational discoveries and demonstrating excellence in research, clinical care, education and outreach.

In 2007, Jennifer A. Pietenpol, Ph.D., Vanderbilt Professor of Biochemistry, Cancer Biology and Otolaryngology, became Interim Director of Vanderbilt-Ingram Cancer Center and was named Director in January 2008. Later that year, the President appointed Pietenpol to serve a six-year term on the National Cancer Advisory Board of the National Institutes of Health's National Cancer Institute.

In 2007, the Center was invited to join the prestigious National Comprehensive Cancer Network, a non-profit alliance of 27 leading centers working together to improve the quality and effectiveness of cancer treatment for all patients.

In July 2010, the Vanderbilt-Ingram Cancer Center launched the Personalized Cancer Medicine Initiative, becoming the first cancer center in the Southeast to offer cancer patients routine genotyping of their tumors at the DNA level. The Center continues to be a national leader in precision medicine, providing tumor genotyping for several forms of cancer.

In 2013, the Vanderbilt-Ingram Cancer Center celebrated 20 years of milestones and advancements in research and clinical care and helping patients and caregivers reach their personal milestones. 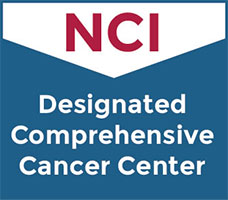 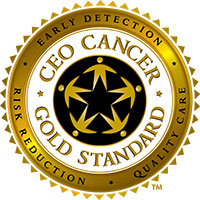